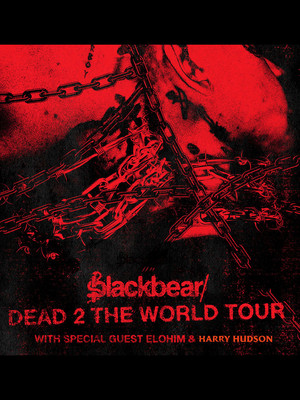 In theory, Blackbear's versatility is a reflection of larger seismic shifts at play: the blending of hip-hop and elements of punk, the erosion of the wall between rapping and singing

Originally making a name for himself as a rocker/scene kid vocalist, Matthew Musto AKA Blackbear broke into the mainstream as a co-writer on Justin Bieber's 2012 megahit Boyfriend. Whilst flexing his pop music chops as a writer and collaborator for the likes G-Eazy, Childish Gambino, Pharell Williams and Miley Cyrus amongst others, the talented young upstart reinvented himself as a rapper, releasing his debut album Deadroses in 2015.

Four years and three albums later, the platinum-selling singer songwriter and producer is back with a vengeance, hitting the road on the Dead 2 The World Tour to celebrate the April 2019 release of his fifth studio offering Anonymous. Whilst his past records have extolled the pleasures of sex, drugs and a rock and roll lifestyle, Anonymous delves deeper into Blackbear's psyche, chronicling is struggles with substance abuse, depression and heartbreak with a heady blend of R&B and hip hop-tinged beats.

Seen Blackbear? Loved it? Hated it?

Sound good to you? Share this page on social media and let your friends know about Blackbear at Cains Ballroom.