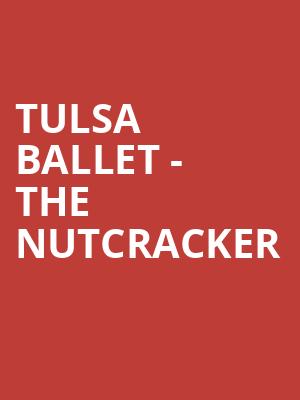 A success on every level!

Why See Tulsa Ballet - The Nutcracker?

Tulsa Ballet debuted its new version of "The Nutcracker" during the Christmas season of 2013, which quickly became a runaway success, prompting its return again this year! The restoration of Mother Ginger and all her little candy-colored clowns are as crowd-pleasing as ever and the company as a whole is set to give a performance that is best be described merry and bright. Over 100 local children will be joining the ballet in this festive family adventure! It's back for another season of family magic, but don't miss out, this is the final year of this magical 1920s production!

What is the Nutcracker About?

Set in 1920's Paris, this isn't your regular old Nutcracker... Tulsa Ballet Artistic Director Marcello Angelini's art deco take infuses old-world elegance and glamour with the tale we know and love. It's Christmas Eve and not a creature is stirring, not even a Mouse King. Well, there are creatures stirring actually! When little Clara falls asleep beneath the Christmas tree, she wakes at the strike of midnight to find her beloved Nutcracker has come to life! Together they journey to the Land of Sweets where the Sugar Plum Fairy and many Yuletide adventures await!

Suitable for the whole family.

You may be required to have had a COVID vaccine in order to attend this performance or show proof of a negative test. Please contact the venue directly for more information on this.

Ilovegoing to this ballet and taking young ones to begin a love with the... more

Sound good to you? Share this page on social media and let your friends know about Tulsa Ballet - The Nutcracker at Chapman Music Hall.