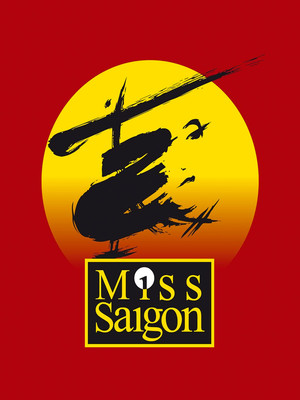 Among the musical theater crowd, Miss Saigon is held as one of the classics of the genre, and has been beloved since its famous helicopter first swooped in 1991.

The stunning epic from the minds behind Les Miserables

A real juggernaut of a show, Miss Saigon soars once again on a new national tour in 2020, following its revival on Broadway in 2017.

Adapted from Puccini's operatic tragedy Madame Butterfly, it's a stunning love story, a gritty war drama and an all-out cabaret piece wrapped up in one. With impeccable singing and set design working hand-in-hand to bring the hardship and passion of Alain Boublil and Claude Schonberg's legendary musical to life, this incredible 25th-anniversary revival production is an enchanting and evocative theatrical experience, one you won't forget in a hurry.The centerpiece of the show is, of course, the spectacular helicopter scene, which has been thoroughly revamped for this production, and employs a stunning mix of projections, lighting and a to-scale model which descends from the rafters, roter blades spinning!

WHAT IS MISS SAIGON ABOUT?

Set in the final days of the Vietnam War, Miss Saigon charts the burgeoning romance of an American GI, Chris, and a vulnerable local girl, Kim, who works in a steamy Saigon go-go bar. From the moment they meet, Chris is immediately drawn to her, determined to protect her from the horror surrounding them.

After spending the night together, Chris and Kim realize they cannot ignore how strongly they both feel and pledge their love to each other. However, not even their love is enough to keep the Vietnam war at bay forever, and when Saigon falls, Chris is forced to flee the country. Kim awaits Chris' return for years - but he has since found a new wife back in America. Will Chris return to Kim, or abandon the life they created to the mercy of the Vietcong?

The original 1991 Broadway production of Miss Saigon launched the career of Broadway superstar Lea Salonga. Salonga took home the Tony Award for Best Actress in a Musical for her portrayal of Kim.

Suitable for ages 12+ due to adult themes

Absolutely awesome. Singing and acting was phenomenal. Scenery and use... more

Carla : “Chicago: went back for a second show!”

This is one of my favorites since first seeing it 14+ years ago. I... more

Sound good to you? Share this page on social media and let your friends know about Miss Saigon at Chapman Music Hall.