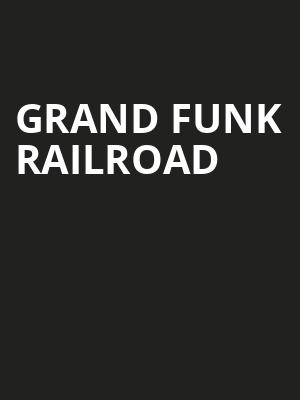 Who can dislike a success story? Grand Funk Railroad is the biggest American rock group in history.

The Some Kind Of Wonderful Tour

Formed in 1969, Grand Funk Railroad rose to prominence as one of the 70s most revered hard rock bands thanks to a dedicated and near-constant touring schedule, a simple but bold as brass take on the blues-rock power trio sound and working-class appeal. Catch them as they keep trucking right on into the new decade on the Some Kind Of Wonderful North American tour, crossing 40 cities and marking 51 years of rocking, rolling and refusing to slow down.

Originally from Flint, Michigan, the rebellious quintet was first met with little radio play and critical panning. But refusing to give in to their critics, they kept touring and created a firm fan base with a strong DIY ethic. Luckily, they made the right choice - the band has an impressive list of achievements including 13 gold and 10 platinum records, and record sales exceeding 25 million copies sold internationally. Keep an ear out for old faithful classics like I'm Your Captain, We're An American Band and The Loco-Motion.

You may be required to wear a mask during this performance. Please contact the venue directly for more information.

Sound good to you? Share this page on social media and let your friends know about Grand Funk Railroad at The Joint.