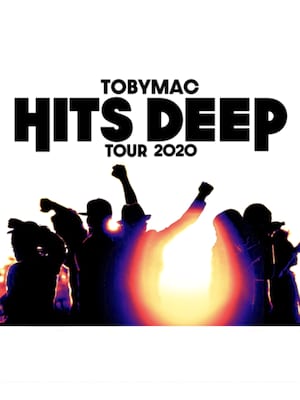 This veteran sonic prestidigitator effortlessly molds and melds a diverse mixture of styles; pop, rock, rap, R&B, reggae, EDM - into infectious tracks focused on a rock-solid purpose: exalting Jesus and bolstering our faith in Him.

Having carved out a unique niche for himself on the Christian music scene, TobyMac's worshipful rapping has seen him sell more than 11 million units in career sales and win SIX Grammy awards. Showing no sign of slowing down, whether he's at home with his family, recording in the studio, mentoring aspiring artists or on the road with his band Diverse City - Toby's love for collaboration is rooted in his belief.

2015 proved to be a busy year for the rapper, with not just one studio album released, but TWO; the former being 'Beyond Me' in January, shooting to no.34 on Billboard's Hot Shot Debut, purely on airplay alone. His second, '***This Is Not A Test***' was released that August, debuting No. 4 on the Billboard 200, thus proving that Christian music, far from a dying genre, is going from strength to strength.

Went to the concert with my fiance and some family (ages ranging from... more

Best concert I have seen in a long time . Great music and a variety of... more

Sound good to you? Share this page on social media and let your friends know about TobyMac at Bank Of Oklahoma Center.